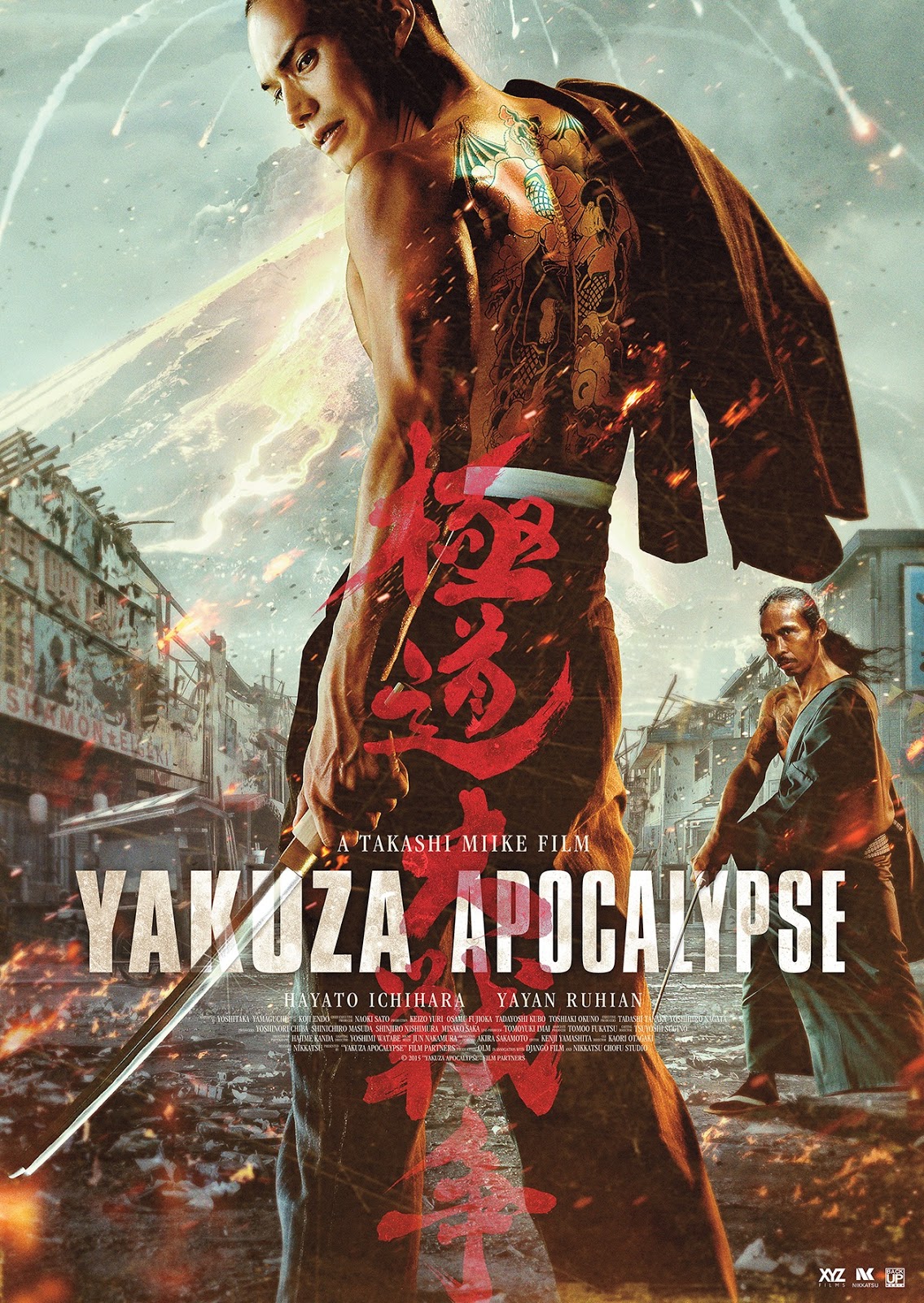 In the ruthless underground world of the yakuza, no one is more legendary than boss Kamiura. Rumored to be invincible, the truth is he is a vampire-a bloodsucking yakuza vampire boss! Among Kamiura's gang is Kageyama, his most loyal underling. However, the others in the gang view Kageyama with disdain and ridicule him for his inability to get tattooed due to sensitive skin. One day, assassins aware of boss Kamiura's secret arrive from abroad and deliver him an ultimatum: Return to the international syndicate he left years ago, or die. Kamiura refuses and, during a fierce battle with anime-otaku martial-arts expert Kyoken, is torn limb from limb. With his dying breath, Kamiura bites Kageyama, passing on his vampire powers to the unsuspecting yakuza. As he begins to awaken to his newfound abilities, Kageyama's desire to avenge the murder of boss Kamiura sets him on a course for a violent confrontation with Kaeru-kun, the foreign syndicate's mysterious and seemingly unstoppable leader!
Director: Takashi Miike
Running time: 1h 55min
Genre: Action, Comedy, Horror
Release date: 20 June 2015 (Japan)
Cast: Lily Franky, Yayan Ruhian, Yuki Sakurai, Mio Yûki, Tetsu Watanabe, Denden, Hayato Ichihara, Riko Narumi, Pierre Taki, Reiko Takashima, Yoshiyuki Morishita, Masanori Mimoto, Shô Aoyagi, Kiyohiko Shibukawa
SERVER 1