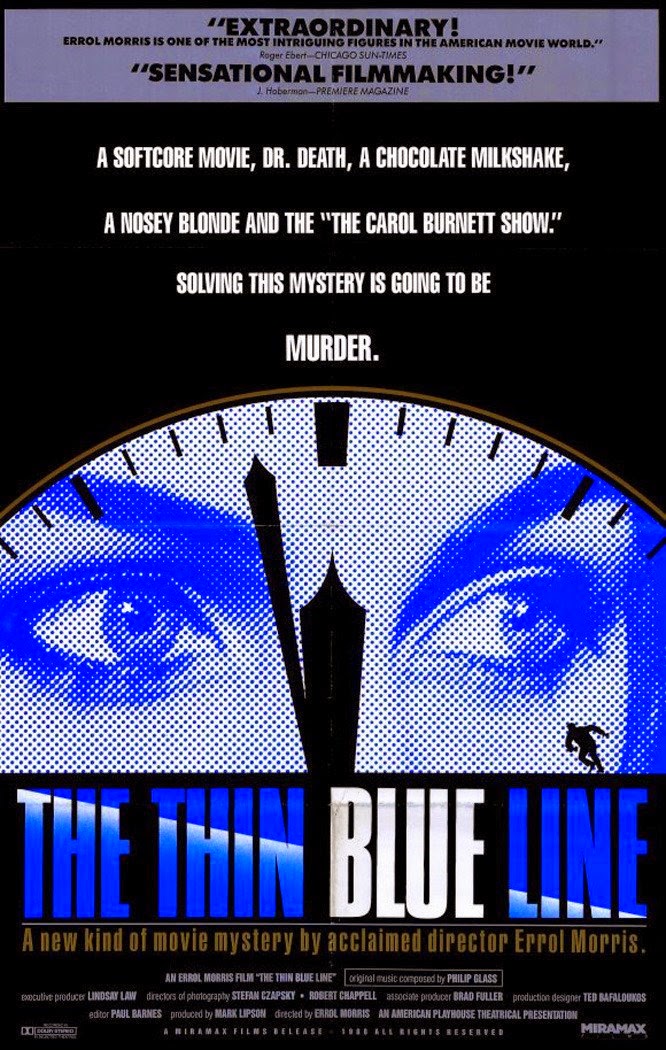 Errol Morris's unique documentary dramatically re-enacts the crime scene and investigation of a police officer's murder in Dallas, Texas. Briefly, a drifter (Randall Adams) ran out of gas and was picked up by a 16-year-old runaway (David Harris). Later that night, they drank some beer, smoked some marijuana, and went to the movies. Then, their stories diverged. Adams claimed that he left for his motel, where he was staying with his brother, and went to sleep. Harris, however, said that they were stopped by police late that night, and Adams suddenly shot the officer approaching their car. The film shows the audience the evidence gathered by the police, who were under extreme pressure to clear the case. It strongly makes a point that the circumstantial evidence was very flimsy. In fact, it becomes apparent that Harris was a much more likely suspect and was in the middle of a crime spree, eventually ending up on Death Row himself for the later commission of other crimes. Morris implies …
Director: Errol Morris
Running time: 1h 41min
Genre: Documentary, Crime, Drama, Mystery
Release date: 25 August 1988 (USA)
Cast: Randall Adams, David Harris, Gus Rose, Jackie Johnson, Marshall Touchton, Dale Holt, Sam Kittrell, Hootie Nelson, Dennis Johnson, Floyd Jackson, Edith James, Dennis White, Don Metcalfe, Emily Miller
SERVER 1