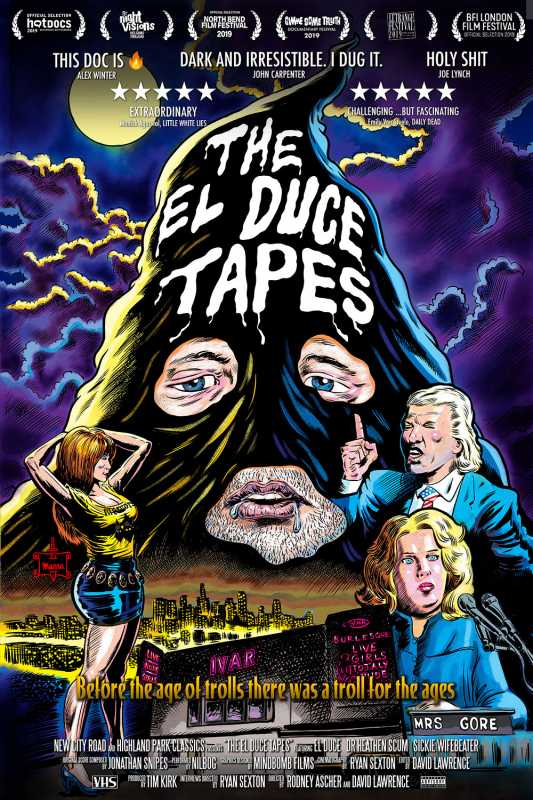 Between appearing in supporting roles in General Hospital and local TV commercials, Ryan Sexton spent the early 90s documenting the life and art of El Duce, lead singer of the notorious shock rock band The Mentors. Famous for taking the stage in black executioner hoods, the band spent a few moments in the national spotlight after some of their most offensive lyrics were denounced on the floor of the US Senate. 25 years later, David Lawrence and Rodney Ascher dive into the long unseen VHS footage searching for clues about who El Duce really was, how much of his disturbing persona was for real, and what an act built around a cartoonish sense of violent misogyny can tell us about our own time and place.
Director: Rodney Ascher, David Lawrence, Ryan Sexton
Running time: 1h 40min
Genre: Documentary,Biography,Music
Release date: 2 November 2020 (USA)
Cast: Steve Broy, Eric Carlson, El Duce, Gwar, Bill Maher, Jerry Springer
SERVER 1