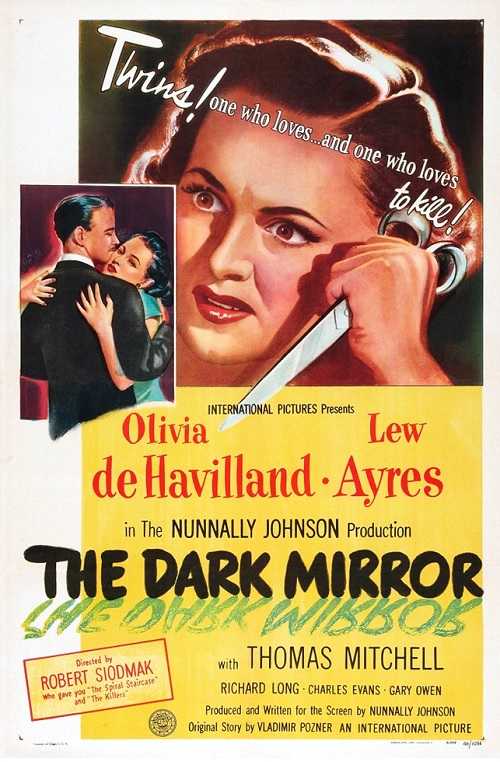 A woman suspected of murdering her doctor boyfriend has an identical twin sister. When both twins have an alibi for the night of the murder, a psychiatrist is called in to assist a detective in solving the case. Through a series of tests, he discovers which twin actually committed the crime, and in the course of his investigation he falls in love with one of them.
Director: Robert Siodmak
Running time: 1h 25min
Genre: Crime,Drama,Film-Noir,Mystery,Thriller
Release date: 24 February 1947 (Sweden)
Cast: Olivia de Havilland, Lew Ayres, Thomas Mitchell, Richard Long, Charles Evans, Garry Owen
SERVER 1