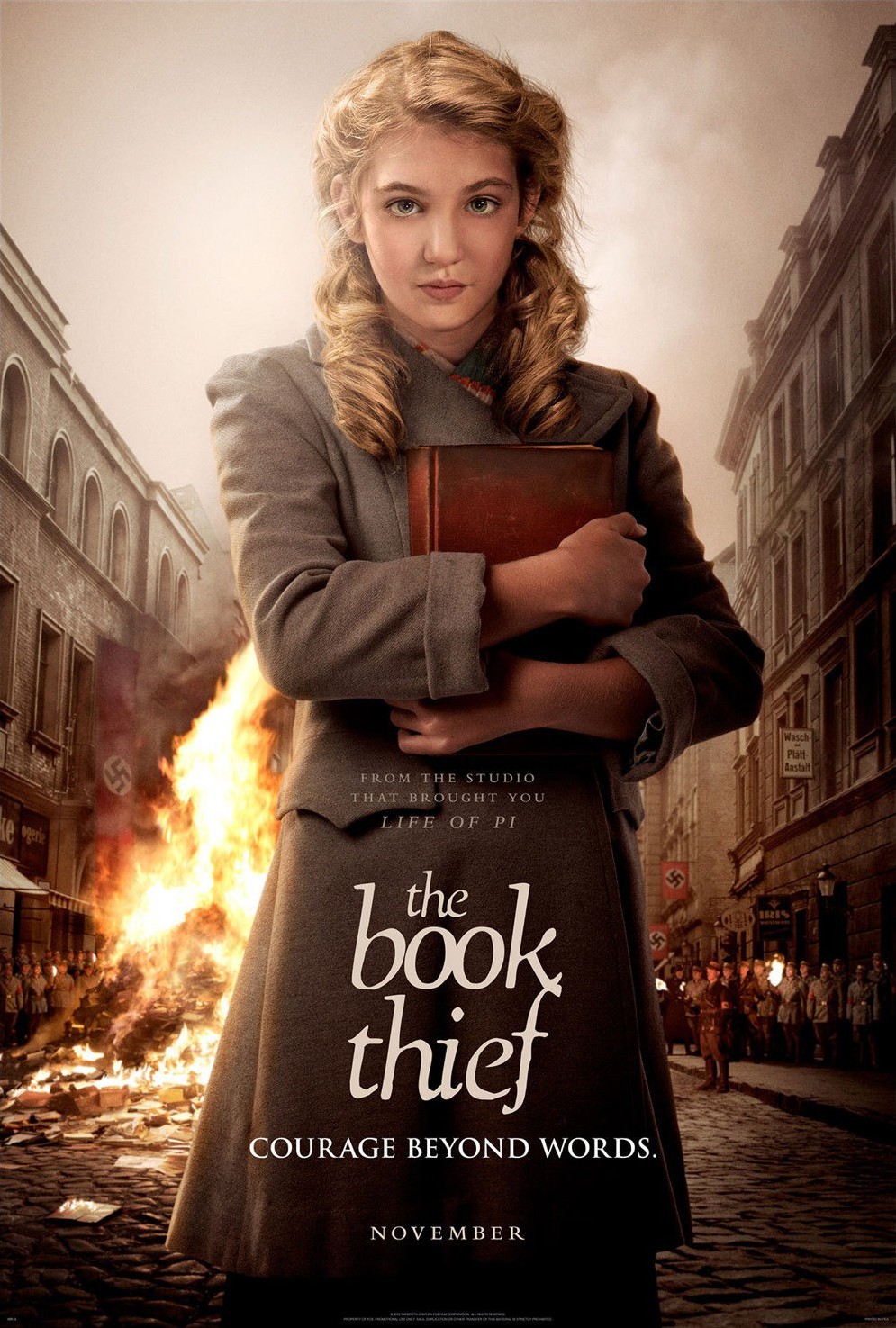 In 1938, the young girl Liesel Meminger is traveling by train with her mother and her younger brother when he dies. Her mother buries the boy in a cemetery by the tracks and Liesel picks up a book, "The Gravediggers Handbook", which was left on the grave of her brother and brings it with her. Liesel is delivered to a foster family in a small town and later she learns that her mother left her because she is a communist. Her stepmother, Rosa Hubermann, is a rude but caring woman and her stepfather, Hans Hubermann, is a simple kind-hearted man. Liesel befriends her next door neighbor, the boy Rudy Steiner, and they go together to the school. When Hans discovers that Liesel cannot read, he teaches her using her book and Liesel becomes an obsessed reader. During a Nazi speech where the locals are forced to burn books in a bonfire, Liesel recovers one book for her and the Mayor's wife Ilsa Hermann witnesses her action. Meanwhile Hans hides the Jewish Max Vandenburg, who is the son of a …
Director: Brian Percival
Running time: 2h 11min
Genre: Drama, War
Release date: 28 February 2014 (Sweden)
Cast: Roger Allam, Sophie Nélisse, Heike Makatsch, Julian Lehmann, Gotthard Lange, Rainer Reiners, Kirsten Block, Geoffrey Rush, Emily Watson, Nico Liersch, Ludger Bökelmann, Paul Schaefer, Nozomi Linus Kaisar, Oliver Stokowski
SERVER 1