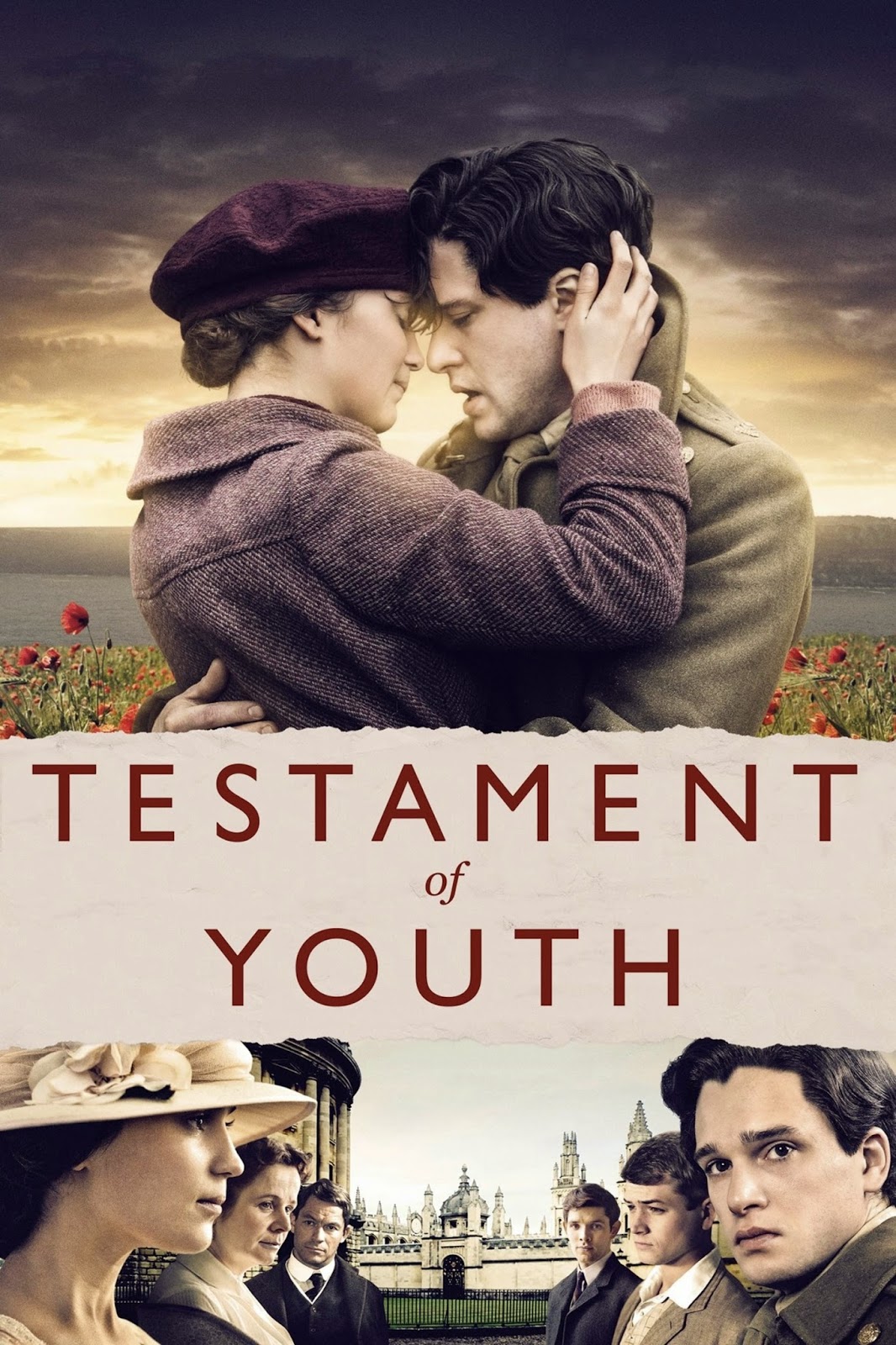 A long, long time ago, back in the spring of 1914, they were so happy together. There was Vera Brittain, an upper class girl with ideas of her own; and her bright brother Edward; and his group of friends among whom Roland Leighton, wonderful, handsome, sensitive Roland Vera had fallen for… Always having great times together talking, laughing, exchanging ideas, walking, eating, swimming together; all of them envisioning the glittering future they deserved: Vera, despite her father's opposition, would study at Oxford, marry Roland and be a famous writer; Roland, as for him, would be acclaimed as a great poet while Edward and his friends would each become a prominent figure in his respective field… But then came that fateful day on 4 August 1914 when Britain declared war on Germany. All those beautiful dreams were to be shattered one after the other. All except one: Vera wound up becoming a writer… A writer but a pacifist as well.
Director: James Kent
Running time: 2h 9min
Genre: Biography, Drama, History, War
Release date: 17 April 2015 (Sweden)
Cast: Alicia Vikander, Taron Egerton, Colin Morgan, Dominic West, Emily Watson, Kit Harington, Joanna Scanlan, Miranda Richardson, Rachel Redford, Nicholas Farrell, Daisy Waterstone, Nicholas Le Prevost, Anna Chancellor, Teresa Churcher
SERVER 1