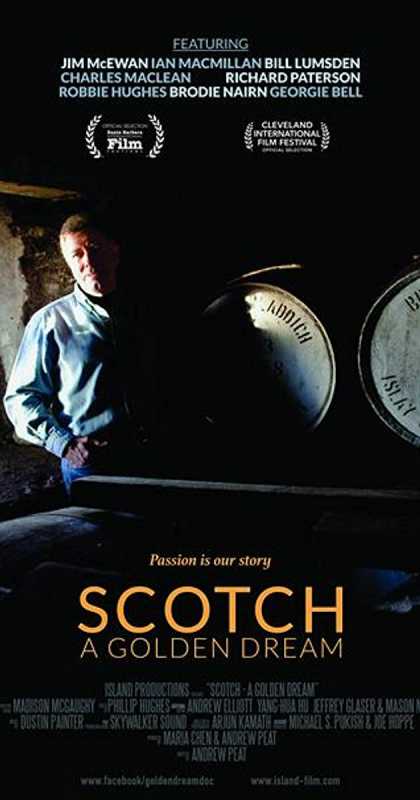 Made by a small international team (Taiwan production company, American director, Indian cinematographer, and completely shot on location in Scotland), Scotch – A Golden Dream tells the story of Uisge beatha — Gaelic for "water of life." Scotch is enjoyed in more than 200 countries, generating over $6 billion in exports each year. For more than a century, Scotch whisky has been the premier international spirit of choice. It is time to tell the story of "uisge" to the world. While capturing stunning Scottish landscapes, the real heart of our film is the characters – the fascinating people who make Scotch whisky. We explore some of the biggest names in the industry, including Richard Paterson, a master blender whose nose was insured for $2.5 million, Glasstorm, a company specializing in hand-made bottles for rare whiskies that sell for over $10,000 each, and Jim McEwan, the distiller and master blender, a 52-year industry veteran, who acts as our ambassador, guiding us to discover the …
Director: Andrew Peat
Running time: 1h 29min
Genre: Documentary
Release date: 8 March 2019 (UK)
Cast:
SERVER 1