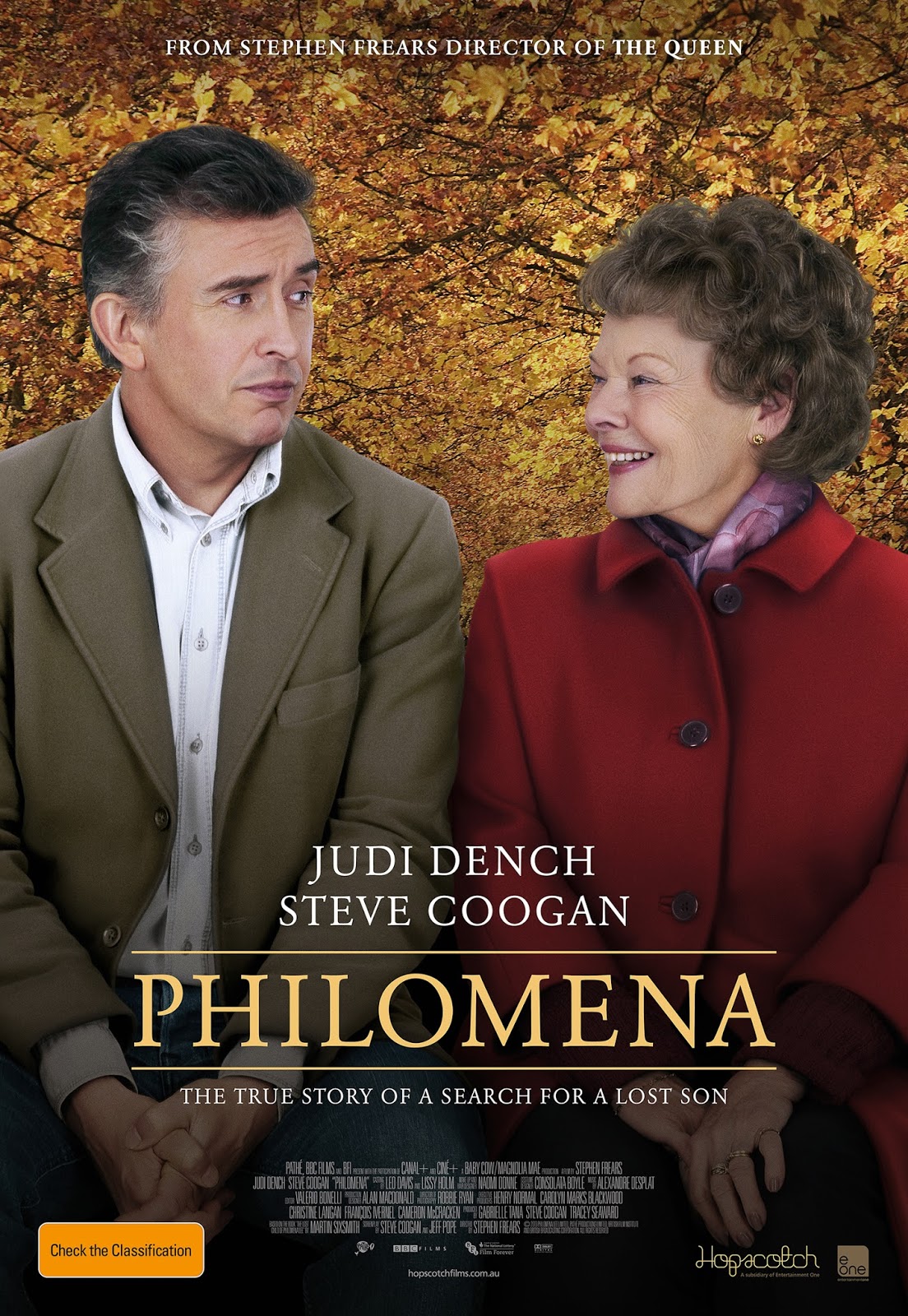 When former journalist Martin Sixsmith is dismissed from the Labour Party in disgrace, he is at a loss as to what do. That changes when a young Irish woman approaches him about a story of her mother, Philomena, who had her son taken away when she was a teenage inmate of a Catholic convent. Martin arranges a magazine assignment about her search for him that eventually leads to America. Along the way, Martin and Philomena discover as much about each other as about her son's fate. Furthermore, both find their basic beliefs challenged.
Director: Stephen Frears
Running time: 1h 38min
Genre: Biography, Comedy, Drama
Release date: 6 December 2013 (Sweden)
Cast: Judi Dench, Steve Coogan, Sophie Kennedy Clark, Mare Winningham, Barbara Jefford, Ruth McCabe, Peter Hermann, Sean Mahon, Anna Maxwell Martin, Michelle Fairley, Wunmi Mosaku, Amy McAllister, Charlie Murphy, Cathy Belton
SERVER 1