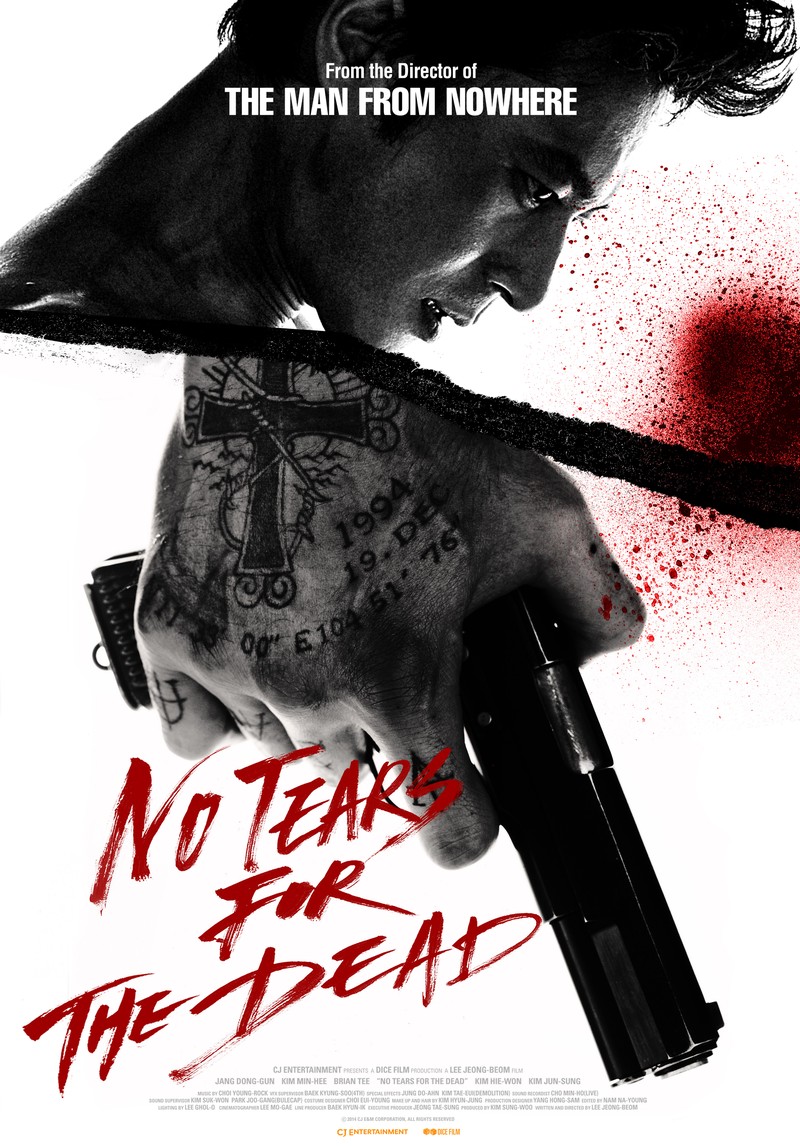 No Tears for the Dead

Abandoned by his mother shortly after immigrating to America, Gon is raised by the mafia and grows up to become a cold-blooded hit-man. Though usually flawless in taking out his targets, Gon makes a terrible mistake of killing an innocent young girl. A flood of guilt takes over his life and the situation becomes worse when his boss assigns him the job of killing the young girl's mother. Gon's new target, Mogyeong, is a risk manager at an investment firm and has buried herself in work to bury her grief. She is completely unaware of her role at the heart of a dangerous conspiracy. Finally, she meets the man who wants to tell her the truth behind the death of her child.
Director: Jeong-beom Lee
Running time: 1h 56min
Genre: Action, Thriller
Release date: 4 June 2014 (South Korea)
Cast: Dong-Gun Jang, Min-hee Kim, Brian Tee, Hee-won Kim, Jun Kim, Edward Bosco, Jennifer Buttell, Yo-han Byun, Skoti Collins, Alessandro Cuomo, Darell M. Davie, Anthony Dilio, Dorothy Elias-Fahn, Todd Haberkorn
SERVER 1