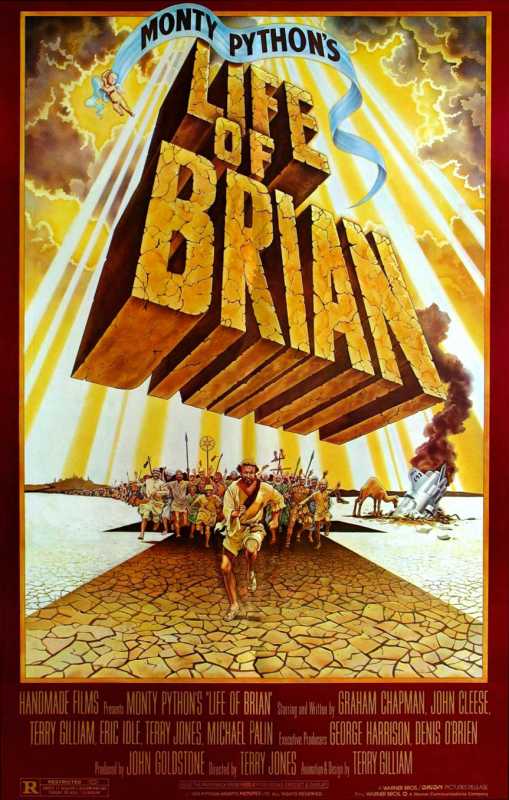 The story of Brian of Nazareth (Graham Chapman), born on the same day as Jesus of Nazareth, who takes a different path in life that leads to the same conclusion. Brian joins a political resistance movement aiming to get the Romans out of Judea. Brian scores a victory of sorts when he manages to paint political slogans on an entire wall in the city of Jerusalem. The movement is not very effective but somehow Brian becomes a prophet and gathers his own following. His fate is sealed however and he lives a very short life.
Director: Terry Jones
Running time: 1h 34min
Genre: Comedy
Release date: 25 August 1980 (Sweden)
Cast: Graham Chapman, John Cleese, Terry Gilliam, Eric Idle, Terry Jones, Michael Palin
TRAILER SERVER 1