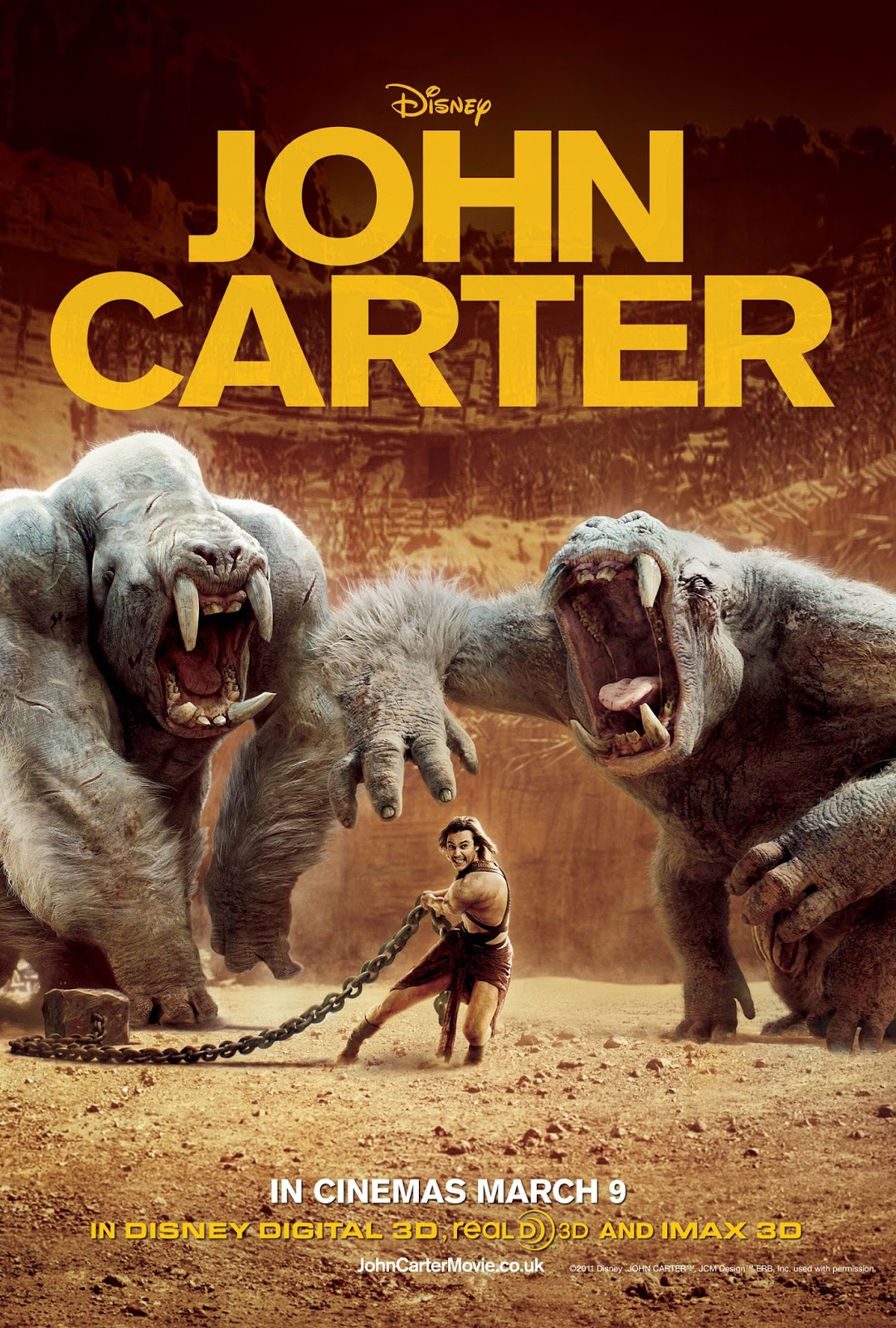 John Carter, a Civil War veteran, who in 1868 was trying to live a normal life, is "asked" by the Army to join, but he refuses so he is locked up. He escapes, and is pursued. Eventually they run into some Indians, and there's a gunfight. Carter seeks refuge in a cave. While there, he encounters someone who is holding some kind of medallion. When Carter touches it, he finds himself in a place where he can leap incredible heights, among other things. He later encounters beings he has never seen before. He meets a woman who helps him to discover that he is on Mars, and he learns there's some kind of unrest going on.
Director: Andrew Stanton
Running time: 2h 12min
Genre: Action, Adventure, Sci-Fi
Release date: 9 March 2012 (Sweden)
Cast: Taylor Kitsch, Lynn Collins, Samantha Morton, Willem Dafoe, Thomas Haden Church, Mark Strong, Ciarán Hinds, Dominic West, James Purefoy, Bryan Cranston, Polly Walker, Daryl Sabara, Arkie Reece, Davood Ghadami
SERVER 1