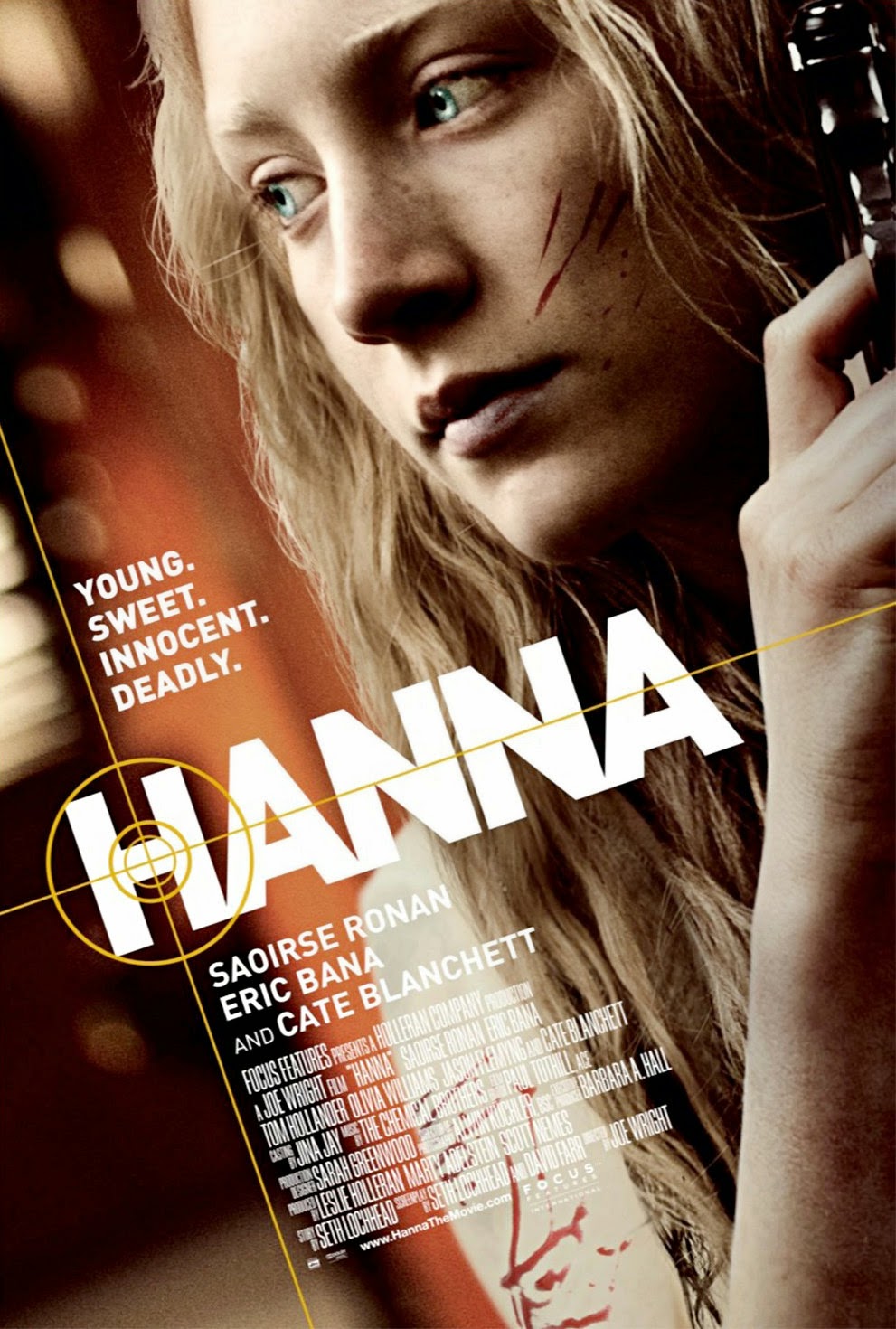 Hanna (Ronan) is a teenage girl. Uniquely, she has the strength, the stamina, and the skills of a soldier; these come from being raised by her father (Bana), an ex-CIA man, in the wilds of Finland. Living a life unlike any other teenager, her upbringing and training have been one and the same, all geared to making her the perfect assassin. The turning point in her adolescence is a sharp one; sent into the world by her father on a mission, Hanna journeys stealthily across Europe while eluding agents dispatched after her by a ruthless intelligence operative with secrets of her own (Blanchett). As she nears her ultimate target, Hanna faces startling revelations about her existence and unexpected questions about her humanity.
Director: Joe Wright
Running time: 1h 51min
Genre: Action, Drama, Thriller
Release date: 6 July 2011 (Sweden)
Cast: Saoirse Ronan, Eric Bana, Vicky Krieps, Cate Blanchett, Paris Arrowsmith, John Macmillan, Tim Beckmann, Paul Birchard, Christian Malcolm, Jamie Beamish, Tom Hodgkins, Vincent Montuel, Nathan Nolan, Michelle Dockery
SERVER 1