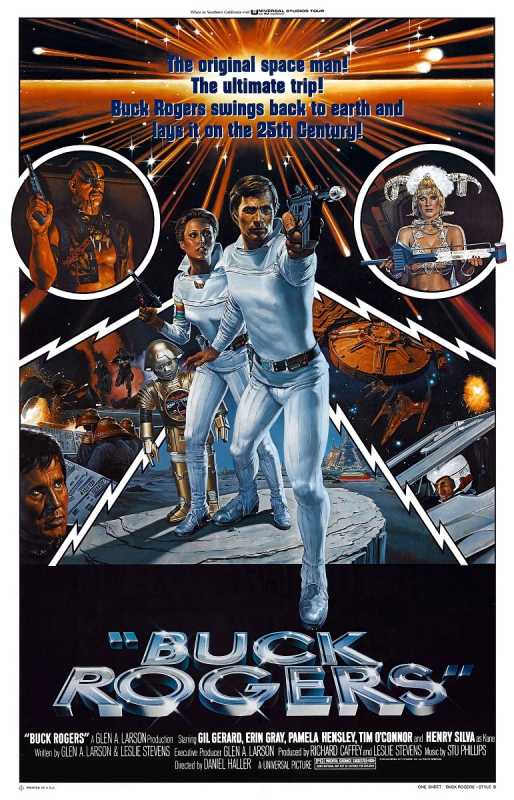 Buck Rogers in the 25th Century

In 1987, Captain William "Buck" Rogers pilots his space shuttle Ranger 3 on a mission but a meteor storm freezes him into an orbit that returns him to Earth – 500 years later. In 2491, his shuttle is found and captured by the Draconian flagship, under the command of Princess Ardala and her second-in-command Kane. Reviving him, they return him to Earth after secretly planting a homing beacon aboard his shuttle to track a path through Earth's defense barrier. Buck is under arrest and learns that Earth has been rebuilt over the centuries in his absence following a nuclear holocaust. Buck Rogers must adjust to the 25th century, and convince the Terrans that the Draconians are secretly planning to conquer Earth.
Director: Daniel Haller
Running time: 1h 29min
Genre: Action,Adventure,Sci-Fi
Release date: 17 December 1979 (Sweden)
Cast: Gil Gerard, Pamela Hensley, Erin Gray, Henry Silva, Tim O'Connor, Joseph Wiseman
SERVER 1