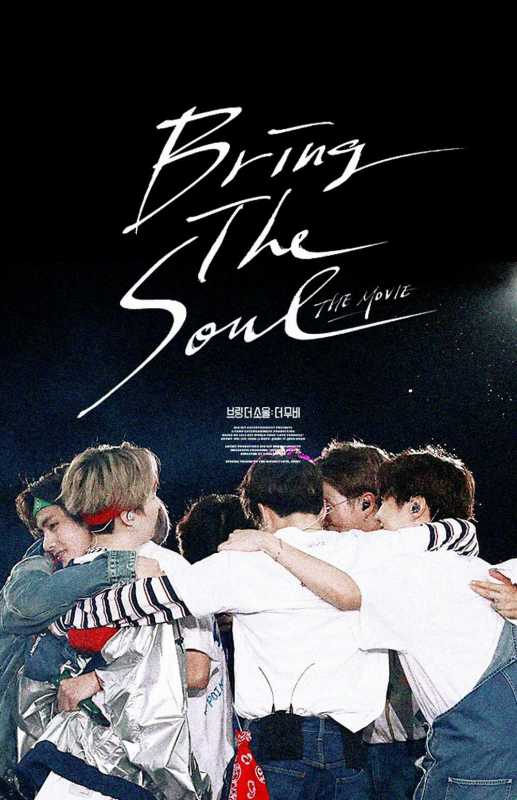 Bring The Soul: The Movie

Following their landmark "Love Yourself" tour, BTS triumphantly returns to cinema screens. Shining brighter than any light on the stage, now the group invite us behind the spotlight. On the day following the final concert of their Europe tour, on a rooftop in Paris, BTS tells their very own stories from experiencing new cities to performing in front of thousands of ARMY across the globe. A glimpse into BTS' world away from the stage, featuring intimate group discussions alongside spectacular concert performances from the tour, this is a cinema event not to be missed. The journey of BTS continues!
Director:
Running time: 1h 43min
Genre: Documentary,Music
Release date: 7 August 2019 (South Korea)
Cast: BTS, Jung Hoseok, Park Jimin, Jeon Jung-Kook, Kim Namjoon, Kim Seokjin
TRAILER SERVER 1