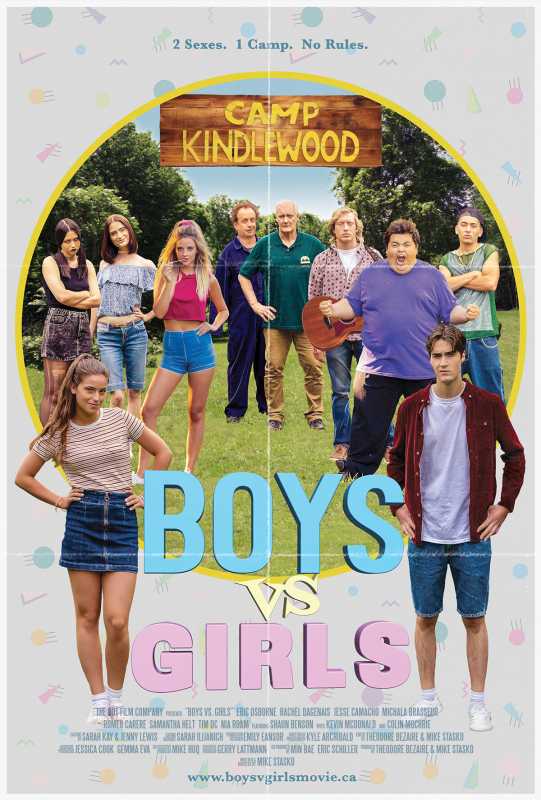 In the summer of 1990, Camp Kindlewood is forced to go co-ed for the first time in its seventy-year existence. Roger (Colin Mochrie, Whose Line Is It Anyway?), the camp director, tries to convince both sides that this is a great idea in an effort to keep the camp off the corporate chopping block. But after head counsellors Dale (Eric Osborne, Degrassi) and Amber (Rachel Dagenais, The Birder) have an awkward encounter, all bets are off. Both Dale and Amber rally their sides in an attempt to win back their camp and gain dominance over what they feel is rightfully theirs. This battle of the sets off a series of pranks and mischief, fueled by camp caretaker Coffee (Kevin McDonald, The Kids in the Hall), as the boys and girls fight for their summertime home.
Director: Michael Stasko
Running time: Not Available
Genre: Comedy
Release date: 25 October 2019 (Canada)
Cast: Shaun Benson, Kevin McDonald, Colin Mochrie, Samantha Helt, Eric Osborne, Nia Roam
SERVER 1