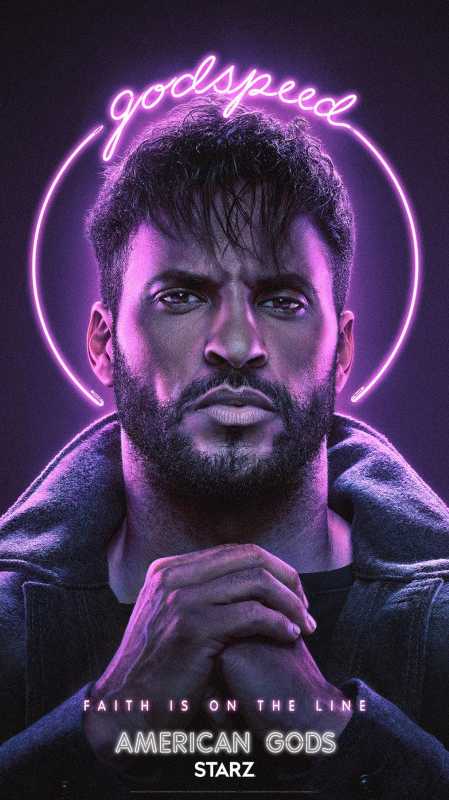 Shadow is a man with a past. But now he wants nothing more than to live a quiet life with his wife and stay out of trouble. Until he learns that she's been killed in a terrible accident. Flying home for the funeral, as a violent storm rocks the plane, he is greeted by a strange man in the seat next to him. The man calls himself Mr. Wednesday, and he knows more about Shadow than is possible. He warns Shadow that a far bigger storm is coming. And from that moment on, nothing will ever be the same.
Director: Bryan Fuller, Michael Green
Running time: 1h
Genre: Drama,Fantasy,Mystery
Release date: TV Series (2017– )
Cast: Ricky Whittle, Emily Browning, Yetide Badaki, Bruce Langley, Ian McShane, Omid Abtahi
TRAILER 1